While studying at Tbilisi Spiritual Seminary, Isidore Ramishvili was involved in the revolutionary activities organized by the students. At various times he worked as a school teacher, continuing to show interest in revolutionary protests, for which he was exiled from Georgia.

Isidore Ramishvili was the first Georgian MP to address the Duma in 1906. In 1917-1918 he was the Labour Minister of Azerbaijan, in 1922 the leader of the anti-Stalin discussion organized by the Nadzaladevi club in Tbilisi. He was executed in 1937 by L. Beria’s orders.

Artanuji has published his book Memoirs. 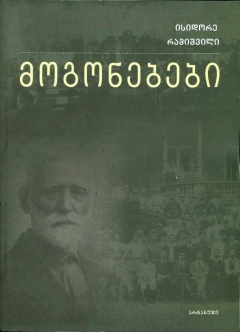